Before Easter, many people suddenly realized how dependent the world is on freight ships when the Suez Canal was blocked by a container ship for several days. Shipping accounts for as much as 80 per cent of all the goods transported globally, and for a considerable share of the emissions created by humans.

Shipping must reduce all its emissions drastically by 2050, and DNV is working on several digital solutions to speed up the maritime industry’s opportunity to achieve this. 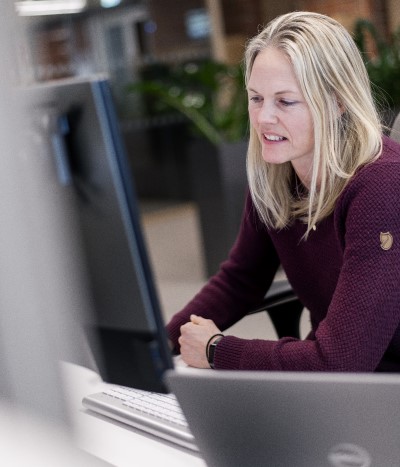 SCALING UP: “DNV’s goal is to be a leader in the digital transformation of the maritime industry, and a lot of very exciting products and services will be launched going forward,” says Ingrid Hjelmseth, a UX designer with DNV. Photo: DNV

As a result of the UN’s shipping organization, the International Maritime Organization (IMO), stipulating that nitrogen oxide (NOx) emissions from ship engines must be reduced by up to 70% by 2050, DNV is experiencing great demand for certificates documenting that ship engines meet the stricter emission requirements – Engine International Air Pollution Prevention (EIAPP) certificates.

“Due to the high demand, we now see a need to get better at EIAPP certification. We started the EIAPP project in the autumn and are now a team consisting of full stack developers, a software lead, a UX designer and project management from the business side. This is a project to develop three large applications consisting of a customer portal and two internal tools to support the EIAPP process,” says Ingrid.

“As UX designer, I’m responsible for what the applications are to look like and how they are to function and support the process. The goal is to design a solution that is user-friendly for both external and internal users,” she adds.

Ola Hagemann is a full stack developer on the EIAPP project, which he says has become a pilot project for the use of micro-frontend architecture.

“There have been many challenges along the way, but that’s exactly what’s made the project very exciting and informative,” he adds.

Ola tells us that the ‘tech-stack’ on the EIAPP project includes .NET Core (backend) and React (frontend), which are exposed as web components.

“The advantage of web components is that we’ve been able to share functionality via modular micro-frontends across old and new applications without any major incompatibility problems, while also being able to count on good compatibility with most browsers.”

He underlines how important it is for the EIAPP application to support a process that is as seamless as possible, and for as much as possible to be automated.

“We’ve had a huge focus on this having to be a seamless end-to-end solution. Among other things, we’ve linked the service to DNV’s Veracity platform and re-use a number of other components, such as security and financial components. That is what is very positive about developing new software in DNV: a lot of the functionality already exists, and this allows us to focus on developing new features,” Ola continues enthusiastically.

Ingrid also says that the EIAPP project is part of a large production system, so it is important that the web components fit into a larger entity.

“Several of the web components we make will also be used in other applications, so this requires a lot of cooperation across various teams. Those of us working on design must also coordinate our work across several projects,” she adds.

In 2014, Ola had just graduated with a master’s degree in fluid mechanics and applied mathematics and started to do serious programming work as a Python developer with his previous employer.

“I really like working on industry-related issues and complex domains. Learning new languages and technologies during the past year has involved a steep learning curve, but luckily DNV has a modern technology stack that is well documented, as well as a large developer environment where people are good at sharing both their time and domain knowledge,” he underlines.

Ingrid says she has had various jobs during her time with DNV, including being a project manager and test manager.

“I really like my work and that DNV is a large company with many opportunities for varied tasks and challenges. DNV is an employer that cares about its employees and makes conditions suitable for development and learning.”

Ingrid emphasises that the company’s goal is to be a leader in the digital transformation of the maritime industry, and that there will be a lot of exciting work in the future.

“To reach its ambitious goals, DNV has to upscale, grow and hire new employees. Four years’ ago, I was the only UX designer in the section, and now there are seven of us. This is an ongoing process, and we’re always looking for new employees who can help us to reach these goals.” 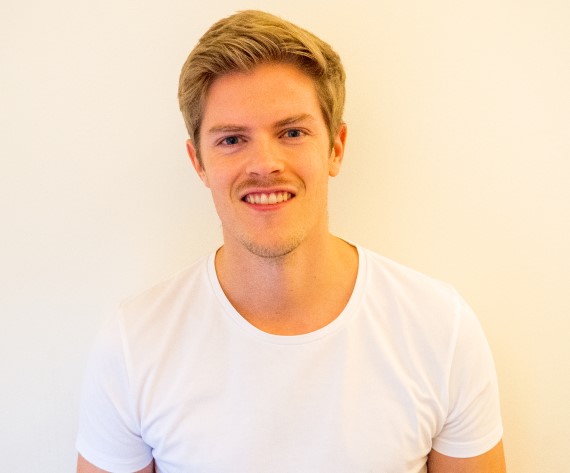 STEEP LEARNING CURVE: “Luckily DNV has a modern technology stack that is well documented, as well as a large developer environment where people are good at sharing both their time and domain knowledge,” says Ola Hagemann, a full stack developer with DNV.  Photo: DNV