Competitive ShipBrokers Ltd. (CSBL) consists of a total of 14 shipbroking companies that handle more than 30,000 contracts each year. When they wanted to modernize their workflow for establishing, signing and filing contracts, they chose to start a collaboration project with DNV’s Veracity to develop a secure digital solution.

“We’ve worked closely with the customer from start to finish in order to develop and tailor-make the OceanSign e-signature solution to their needs. Several of CSBL’s members have now started to use the solution and are very pleased with the results,” says Benedikte Oksrød in DNV Veracity, who has been the project manager for the project’s operational phase.

DNV Veracity is a data platform and an ecosystem for digital innovation and industry collaboration in the maritime, oil & gas and renewable-energy industries. Its goal is to reduce the costs of innovating, collaborating on and implementing new digital services and solutions.

A shipbroker is the intermediary between the shipowner and the party transporting goods on a ship, and connects transport assignments with available ship capacity. An essential part of a shipbroker’s job is to handle the contract between these parties.

“Before OceanSign, this process was a manual one, which was both hard work and inefficient. The paper contract was signed and sent around the world between the parties using an airline courier service,” says Oksrød. Sending paper contracts to and from in that way was expensive, time-consuming and difficult to monitor. Starting to use a digital solution also resulted in an environmental gain.

With OceanSign, CSBL shipbrokers can now carry out the signing process digitally, giving them increased efficiency and security and full transparency.

“OceanSign allows users to track and control the entire process from one place. Shipbrokers can now state who is to receive the contract for signing and link this to the integrated e-signature solution. The solutions also allows users to monitor who has signed and to send out reminders if required,” says Oksrød. 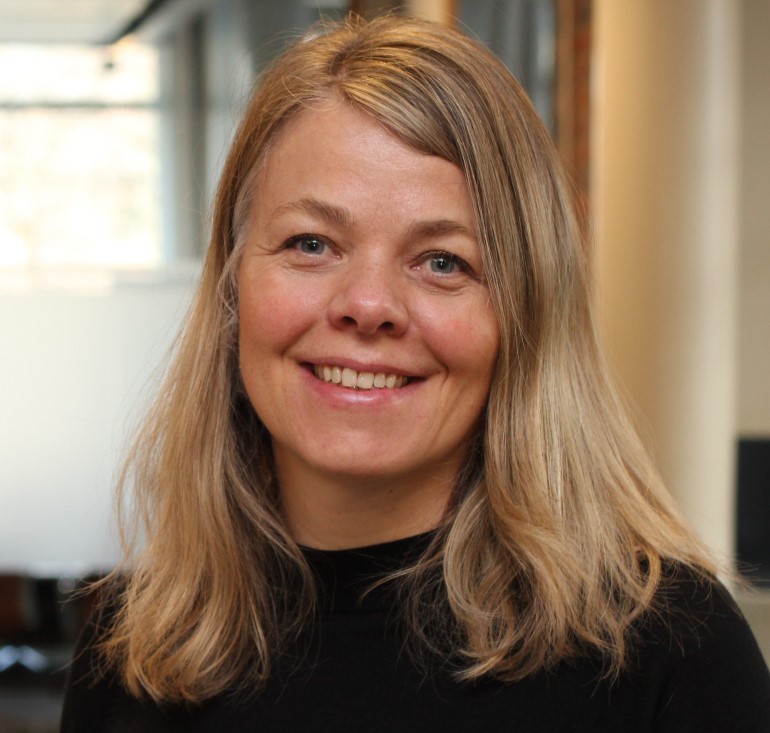 FULL TRANSPARENCY: “Unlike other established e-signature programmes on the market, OceanSign lets users track and control the entire process from one place,” says Benedikte Oksrød, who is a DNV project manager.

Randi-Hilde Søreide in DNV’s Veracity was the project manager of the project to develop OceanSign, before Oksrød took over in the operational phase. Søreide says that the solution is based on the Veracity platform. 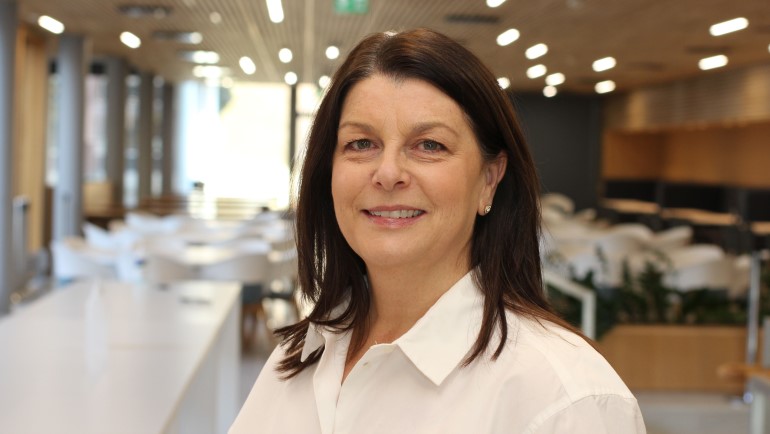 INCREASED SECURITY: “The solution is very secure due to the use of Veracity components,” says Randi-Hilde Søreide in DNV’s Veracity, who was the project manager for the OceanSign development project. Photo: DNV

“OceanSign is based on components of the Veracity Data Platform. We started off by defining and illustrating the user journey together with the customer, and then the Veracity team developed the user interface and technical solution based on this. We have had a good, close dialogue involving several iterations together with CSBL, and have constantly received feedback and made adaptations along the way,” says Søreide.

Security is very important in Veracity and is an integral part of the development process on the platform, which is ISO 9001 and ISO 27001 certified. This means OceanSign users can be confident that their data is well protected.

“Contracts signed in OceanSign are stored in the cloud at Veracity, which is based on Microsoft Azure technology. This improves security and accessibility and is completely different to before, when paper contracts could lie on a desk without being scanned and filed,” she points out.

DNV’s Veracity currently has more than 1.8 million subscribers and 300 services in operation. In total, the platform has 230,000 users in thousands of companies, and all of 1,500 developers are linked to Veracity’s ‘developer community’.

One of Norway’s largest digital environments

Søreide believes that one of the factors leading to the project’s success has been Veracity’s strong, agile development team.

“Our OceanSign team has had a lot of different expertise and everyone has had a role to play, which has worked out very well. We have had both front-end and back-end developers, as well as designers, testers and project managers who have worked with customers on several iterations throughout the project.”

Oksrød adds that they have a good mix of digital expertise in Veracity.

“We have an extremely broad range of digital expertise, with experts on everything from A-Z. We have specialists in everything from data quality to security, sensor data, user experience (UX) design, front-end and back-end design, testers, architects, digital business models and so on. This means we are, for example, able to process the entire data flow from ship sensors that is received by Veracity, and based on this data we can create a data set to meet environmental requirements.

“What is interesting about Veracity is that it is a start-up within the large DNV system. Veracity was established in 2017 and is now an internal ‘joint venture’ with a high rate of innovation,” continues Oksrød.

She tells us there is a wide range of career opportunities within DNV.

“What’s exciting about a job with DNV is that we work on complex technical solutions and different types of data that are to be sewn together to create user-friendly solutions for our customers. In order to do so, we work in multidisciplinary teams across business segments, and working with colleagues from all around the world is extremely informative and good fun.

“At the same time, DNV has made conditions suitable for employees to challenge themselves in new roles and business areas within the company and employees are encouraged to do so. We have both done this and that gives us an incredible number of career opportunities,” she says.