Emil Carlsson (25) and Ingelin Herland (25) have both studied at the Norwegian University of Science and Technology (NTNU) in Trondheim. That was where they discovered Det Norske Veritas (DNV) and the company’s role both in Norway and worldwide. Today, they work in separate fields.

“It was good but a bit scary to go from studying to a job, but it’s great fun doing work that you can see helps create value for others,” says Ingelin Herland, a technical advisor in DNV’s Wind Power Section.

Emil Carlsson works in DNV’s Maritime business area after studying marine technology. In 2020, he was hired as one of five technical trainees: taking part in a scheme that lasts for around two years and in which the trainee becomes familiar with various areas. As soon as it is possible to travel again, Emil will go to South Korea and then to China to gain practical experience as a ship surveyor.

Ingelin, who studied energy and environmental engineering at NTNU, works in the Renewable Energy Section, where she acts as a technical advisor to those investing in or developing wind power projects. She also works in the field, inspecting wind turbines, and when we talk to her she has just returned from business trips to Narvik, in Norway, and Sweden.

“It’s nice to physically see what we work on at our desks,” she says. 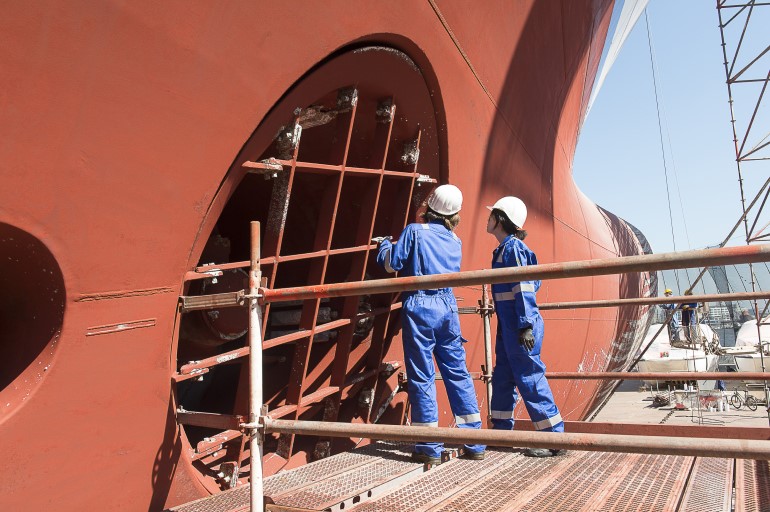 "DNV takes care of us"

Leaving student life and starting to work is an exciting, but also challenging, process for many people. For Emil and Ingelin, DNV’s buddy scheme was worth its weight in gold.

“My buddy has helped me get started on my tasks quickly and functions as an oracle for all the weird questions I have. If my buddy hasn’t known the answer, he has acted as a compass and told me of others in DNV I can contact,” says Ingelin.

“After all, there’s so much expertise in DNV. Whatever you’re asked to do, you discover you’re only two or three phone calls away from an expert. In addition, there are plenty of opportunities to develop both professionally and personally,” adds Emil.

Social and professional benefits of working for DNV 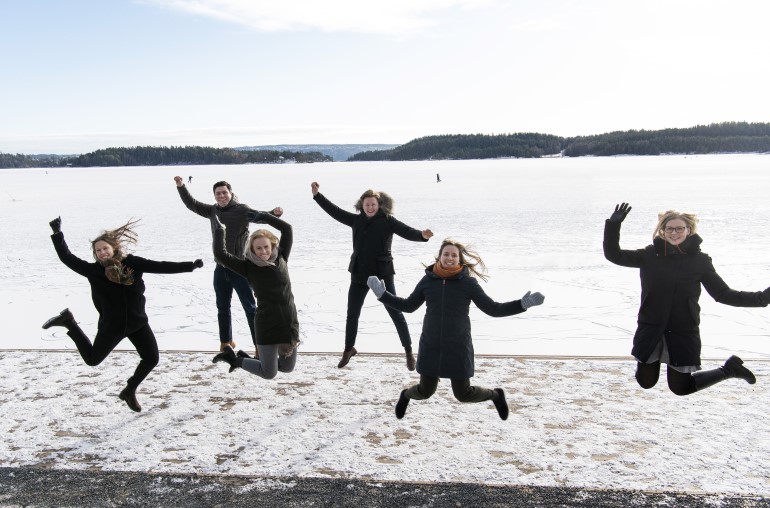 DNV is a global company, but its head office is by the sea at Høvik, outside Oslo. When you are new to working life, it can be daunting to know that you are contributing to an invisible global safety network, but for Ingelin and Emil there is nothing they would rather do. They both feel that helping to safeguard life, property and the environment in a world of constant climate change and digital developments is an exciting privilege.

“Those who settle in best are probably those who share DNV’s values.  Safeguarding life, property and the environment is something that I’m also interested in personally,” says Emil.

“The best thing about working for DNV is that I can take part in something important. I have competent, good people around me and can develop both personally and professionally. It’s quite impressive to be able to say that I help to safeguard the future of the world,” concludes Emil.

Paving the way for enjoyment

DNV’s global head office is located in a beautiful setting by the sea at Høvik, outside Oslo, with a park and beach that allow many different activities. For instance, DNV’s own sports association has a swimming group and kayaks ready for a trip on the sea after work. Emil is also a member of the golf group, while Ingelin goes kayaking and plays tennis with her colleagues.

“DNV’s own network, Connect, is a little like a line association and forges both social and professional links,” say Ingelin and Emil. In Connect, you get to know people in other departments and professional disciplines, through for example Lunch&Learns lectures or social events such as Afterwork and skiing trips to Hemsedal. Because of COVID-19, it has been difficult to organize events involving physical attendance this year. Connect has solved this problem by arranging digital Lunch&Learns and other digital social events such as paint&sip, quiz, bingo and cookery courses. 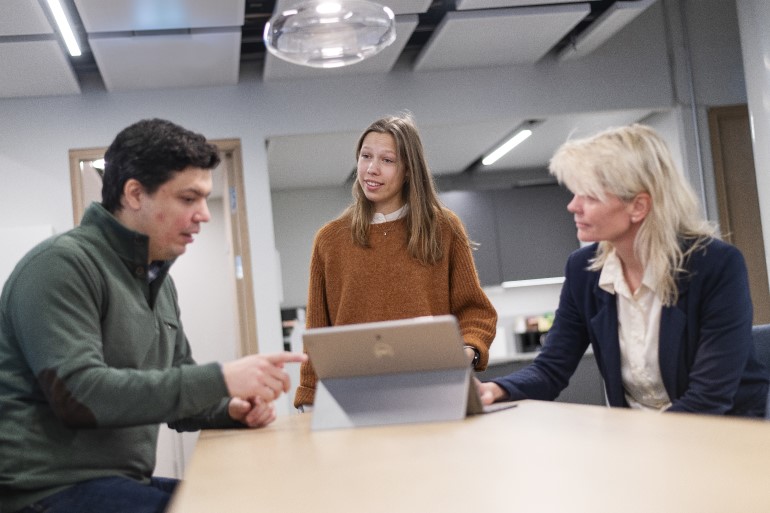 What you should think abouat as a new DNV employee

What qualities do you believe are important for doing a good job and enjoying your work in DNV?

“It’s a big organization with many opportunities, but you have to make sure you are ‘forward-leaning’ so that you can find your own place and be given tasks you enjoy doing. I feel that my colleagues are very helpful and listen to my wishes,” says Ingelin.

“You also have to be interested in something apart from your professional performance,” says Emil.

“The people who settle in best are probably those who share DNV’s values, as I said. Safeguarding life, property and the environment is something that I’m also interested in personally,” he concludes.