Software-controlled systems are making vessels increasingly complex. How can the maritime industry prepare for the growing risk this creates to human life, equipment and the environment?

This question was posed in DNV's recently published Technology Outlook 2030. 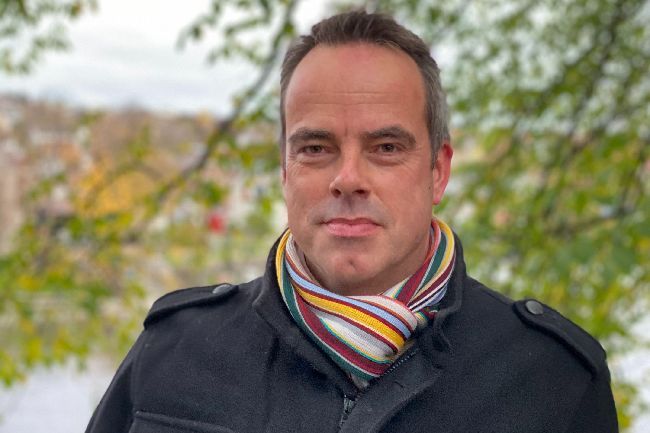 "In that vessels are becoming more complex and software-controlled and ships and rigs are to a greater extent being supported from land-based control rooms, we see a growing need for better verification of safety-critical systems. The industry is also increasingly requiring this to be documented and that the verification can be traced in a proper manner," says Odd Charles Hestnes in DNV.

The use of digital twins is growing

DNV uses digital twins for several different purposes in various parts of its operations. In short, a digital twin is an exact digital representation of a physical object or process, including software and control systems, that is used to optimize the development, building and operation of, for example, ships.

DNV uses Hardware-In-the-Loop (HIL) testing to check the functionality of control systems before they are installed on board. Illustration: DNV

"In the past year, we've seen a rise in the industry's inquiries to us regarding the use of digital twins," says Hestnes.

In order to meet the challenges involved in software-controlled vessels, DNV uses digital twins as a tool for testing control systems in a virtual environment when using simulator-based (HIL) testing.

"We run a simulator-based testing regime on a safety-critical system, often with several systems connected to each other, to test the functionality of the systems before they are installed on board," says Hestnes.

This is done both during the building period and when updating systems while the vessel is in operation.

In collaboration with the manufacturer of the equipment to be tested, DNV builds an exact digital copy of the vessel. Then a testing programme is prepared, based on the customer's previous experience of using the same type of system as is to be tested along with input from the system's supplier.

According to Hestnes, the biggest advantage is that this allows the safe operation of systems to be quality assured in an early phase of the project before the systems are installed on board. This cuts the costs of all those involved.

"We can also run tests that are difficult to do using conventional testing since they might destroy equipment, for example," he says.

Hestnes says they can also test Dynamic Positioning (DP) systems before they are installed on board, and the simulator can apply a certain type of weather to check the system against various weather conditions that are envisaged in operations.

"In a conventional test scenario, we're very dependent on the external circumstances that exist when carrying out the test. The use of digital twins complements existing testing regimes for these systems because a test using a digital twin will focus on the software in the system," he explains.

DNV's third-party role is important since a company obtains verification from a test organization that has no ties to those who make the system.

"In most cases, tests are conducted without going on board the vessel - either by using a test bench at the supplier's premises or by testing online. This is important, not just in relation to the limited access to a vessel, but also bearing in mind the special situation we are now in with COVID-19. Through DNV's worldwide network, we can in addition physically service the vessels in a short space of time, irrespective of location, if this is desirable," says Hestnes.

Who can benefit from digital twins?

Hestnes tells us that DNV is using such digital twins for a number of different customers.

"These are energy companies, shipping companies, rig owners, equipment manufacturers and shipyards. They are represented in various segments, such as offshore wind, oil & gas and cruise ships. What all customers have in common is that they want to use this technology and expertise to ensure that complex software-controlled systems operate as they are supposed to in an early phase before systems are installed on board. It is cheaper and safer to rectify errors in functionality or software in an early phase than it is on board once a system has been put into operation," he points out.

Such use of digital twins allows better control of the system integration and can reduce the risk of accidents, optimize the design and reduce the carbon footprints of ships and rigs. This goes hand in hand with DNV's objective of safeguarding life, property and the environment.

Many opportunities for Norwegian industry

"It will be thrilling to see how the industry uses this technology in the years to come. The maritime industry is still in the start-up phase when it comes to the use of digital twins, with some forward-thinking energy companies leading the way. For us, it's both exciting and valuable to help customers use this technology in the best possible way," says Hestnes.

"We're going in the direction of connecting digital twins to sensors and systems on board so that they are used to provide user support during the operations phase. They may also be cloud-based and connected to 'live' weather data so they can be used to determine how operations are to be conducted based on the weather that is forecast," he adds.

Digital twins that live in a virtual world in parallel with the real vessel and are used to optimize ship operations are already a reality. Hestnes believes they will increasingly be used as the industry becomes familiar with the technology and sees the advantages of using digital twins.

"These are very exciting developments and in Norway we're already doing a lot of good things. It will be very interesting to follow these developments in future, not only in the maritime industry but also in other industries," he concludes.