“Although, thanks to more efficient usage, we will have almost the same energy needs in 30 years’ time as we do today, we have no chance of achieving the ambition stated in the Paris Agreement without massive change,” says Mats Rinaldo. He is a principal researcher with DNV and is working on tomorrow’s energy system.

The population is rising steadily, we are living for longer, and global consumption is increasing. The transition to renewable, greener energy solutions is crucial to our future welfare and the stabilization of the climate. DNV has identified 10 important technologies that can contribute in the next five years.

Rinaldo’s team in DNV consists of eight people from eight different nations. Together, they are working to understand, explain and accelerate the decarbonization of the energy system and the technologies that are needed. All the technologies presented exist now, but are at different levels of maturity and in different parts of the world.

Mats Rinaldo illustrates this as follows:

“Paraffin lamps, which are still used in areas with no electricity, consume energy that pollutes and is 50 times more than that required for a LED lamp. Cheap LED light from a solar cell panel has fantastic ripple effects for such a society. In a village that gains access to light after sunset, people have the opportunity to read, study, work and move around outdoors more safely – and in addition there is the climate effect,” he says.

In high-tech societies, things are happening in areas that might surprise many people; Texas, the state that symbolizes the oil industry and car usage, is currently leading the development of solar and wind-powered energy systems in the USA. These are the cheapest way to generate electricity, and the Texans can see business opportunities.

“But things are going too slowly in some sectors. It’s difficult and expensive to decarbonize large, polluting sectors such as heavy industry, shipping and aviation. That requires a common plan for industry and the authorities. Market forces alone cannot resolve this issue,” Rinaldo points out.

“We’ve no time to lose, and we have a lot to do. We must start today. There’s no doubt that developments in large countries like the USA, China and India will have the greatest effect. Here in Scandinavia, we’ve won the lottery. Norway is a small country that has all the prerequisites for researching into and testing out which climate measures will be effective and scalable.”

Example of the rapid scaling of new technology:

In 2015, 300,000 electric cars were sold worldwide. Five years later, in 2020, this number had risen to 2 million, and in 2025 it will be more than 10 times the original figure – around 20 million electric passenger cars will be sold worldwide. That is almost 20% of new car sales and the rate is increasing rapidly. In 2032, 50% of all passenger cars sold will be electric. 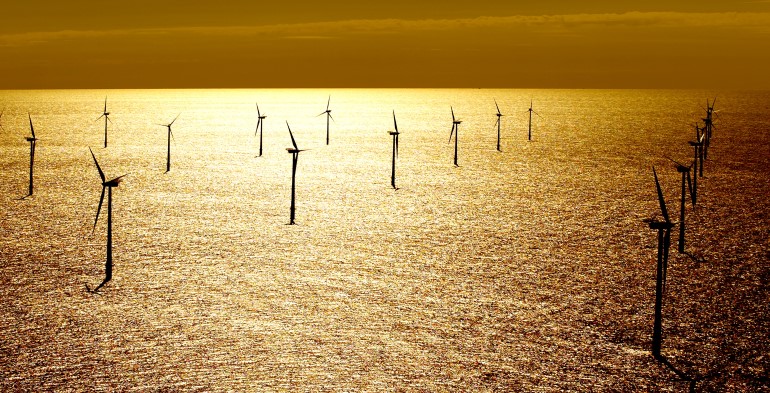 DNV’s objective has been the same since 1864: To safeguard life, property and the environment. The company therefore plays a very important role in ensuring the decarbonization of future energy systems and works closely with industries and authorities to achieve this.

“Many of us working in DNV are interested, value-driven and curious,” says Rinaldo.

“The people who succeed in DNV are those who like to get the job done and are eager to find out what they can contribute. There are many opportunities for the right people.

“My role as a researcher in DNV is to assess what can make a significant contribution to decarbonization – and to disregard the ‘hype’. Hype can, for example, be promoting technology that will allegedly solve all the problems, but which will not be available for a very long time. There are many ways to claim ownership of solutions that will apparently help to reach the climate goals, but the calculations vary widely,” he comments.

“Our goal is to be a voice that can be trusted in the work on global change. This has been the case throughout our history and is what we are working for: to safeguard life, property and the environment,” he concludes.